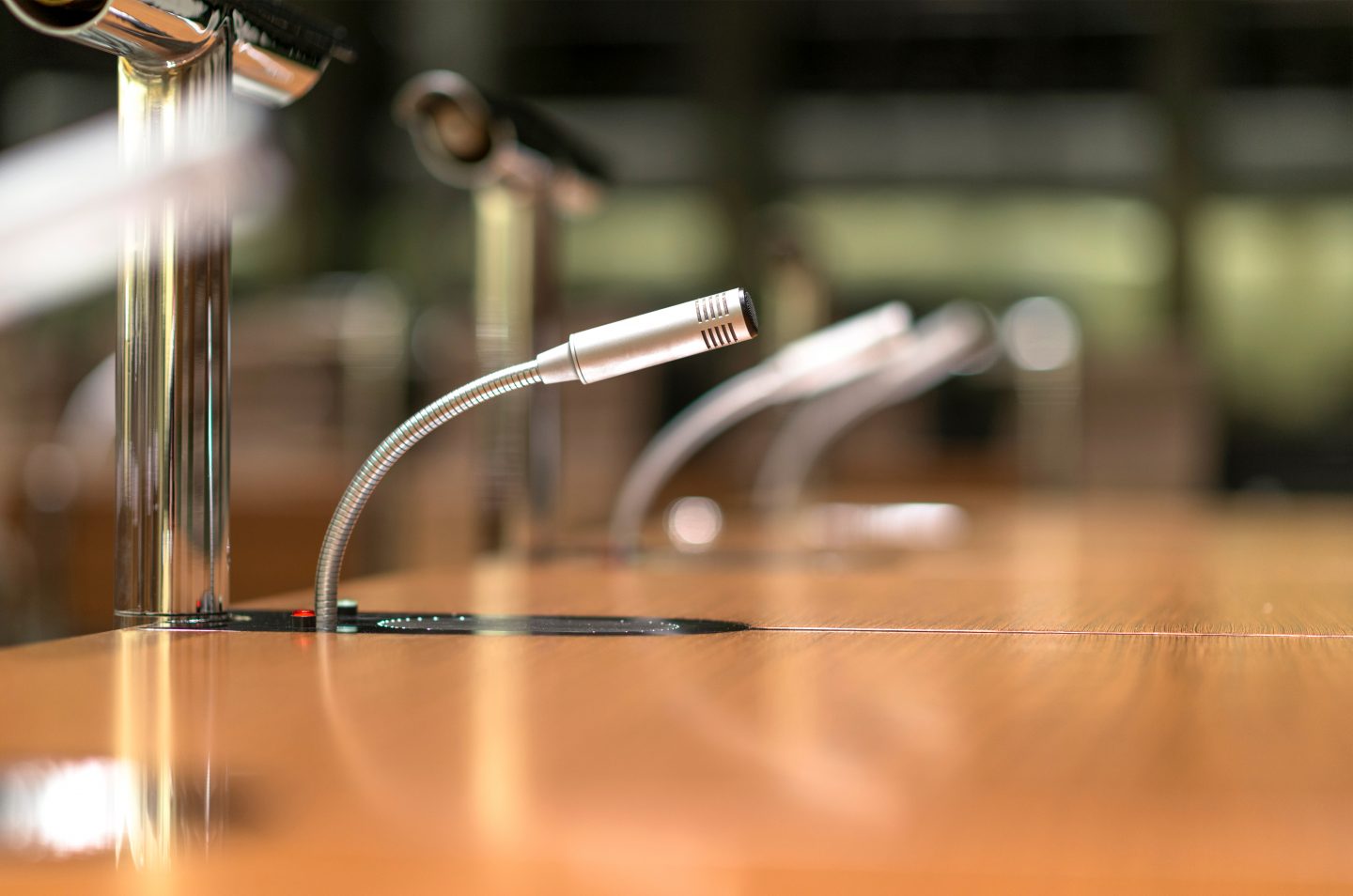 One of the central planks of the Government’s Statutes Amendment (Local Government Review) Bill 2020 (“the Bill”) is the framework under which elected member behaviour is to be measured, judged and sanctioned.

Far from the benign-sounding Stronger Council Member Capacity and Better Conduct in the Reforming Local Government in South Australia Discussion Paper (“the Discussion Paper”), what has, ultimately, been proposed by way of reform under the Bill, is an entirely new framework within which elected member behaviours will be assessed and managed.

This framework will, of course, also sit alongside the balance of the public integrity framework, as provided for under the Ombudsman Act 1972 and the Independent Commissioner Against Corruption Act 2012 (“the ICAC Act”).

In this Paper we consider the proposed reforms and discuss what the changes may mean for councils and elected members, in the event that they do become law.

Currently, the Local Government Act 1999 (“the Act”) requires that members observe the Code of Conduct for Council Members (“the Code”). The Code establishes the standards of behaviours expected of members under Part 2, and sets out the ‘integrity’ or ‘misconduct’ provisions, under Part 3.

Under the reform proposals, the Code will be abolished. The Minister may then, by notice published in the Gazette and on a website, establish Behavioural Standards (“the Standards”), specifying the expected behaviours to be observed by a member, as well as the requirements that are to apply to a council’s behavioural support polices and behavioural management policy.

While the provision is couched as a ‘may’, in the event that the reform becomes law, we consider it unlikely that the Minister will do other than publish such Standards. In which case, members will then be required to comply.

While we have yet to see a draft of any proposed Standards, it is to be noted that for all intents and purposes, this document will replace the Code.

The reforms propose that a council may prepare and adopt policies (plural) designed to support ‘appropriate behaviour’ by members. Such polices may contain directions relating to behaviours that must be observed by a member and set out guidelines relating to compliance.

The polices must not be inconsistent with the Standards and, before a council can adopt, alter or substitute a policy, it must undertake public consultation.

While we anticipate a level of consistency across the sector with regards to behavioural support polices, there is scope for councils to not adopt a policy or policies, meaning that member behaviours will fall to be considered under the Standards or, otherwise, to adopt a ‘tailored’ policy (or policies), to suit the particular organisational requirements.

Alternatively, as we, initially, saw with regards to the informal gathering provisions, councils chose not to adopt such a policy, leading to further amendments to the Act to require the same.

It remains to be seen if this proposed reform gives rise to a fragmentation of the integrity framework along council boundary lines.

Further in the Bill, an ‘internal complaints process’ is provided for under proposed Part A1 – Member behaviour.

Under these provisions, a person may make a complaint alleging that a member has failed to comply with the Standards or the council’s behavioural support policies (if any).

The immediate consideration is for those councils which do not adopt a behavioural support policy, whether the members will only be required to comply with the provisions under the Standards.

Contrary to the discretionary behavioural support policy provisions, there will be a requirement for a council to adopt a behavioural management policy, containing certain threshold requirements, including:

A member must comply with the council’s behavioural management policy which the council must review within 12 months after each periodic election, but may alter or substitute without the requirement to undertake consultation.

Under this proposed complaint handling process, after inquiring into a complaint, the council will have the power to impose a limited number of sanctions, restricted to:

Note that these powers do not include a power of suspension from office.

If action is to be taken in respect of a member, a report must be considered in public at an ordinary meeting of the council. This gives rise to the immediate question as to how it is to be determined that the council proposes to take such action, unless or until it has, firstly, considered the report on the matter?

Again, in the absence of any further detail in relation to the operation of this provision, it appears likely the processes to be established under a behavioural management policy will, largely, replicate those which currently exist under a Council Elected Member Complaint Handling Procedure.

On the most significant reforms proposed for dealing with member conduct is the establishment of the Behavioural Standards Panel (“the Panel”), consisting of members appointed for a term not exceeding five (5) years by the Governor, as nominated by the Minister and the LGA and the presiding member jointly nominated by the Minster and LGA.

The Bill provides complex arrangements around the meetings of the Panel, its proceedings, as well as remuneration, staff and costs. In our view, these matters could, more appropriately, have been dealt with outside of the parameters of the Act, under a Constitution or Charter or even in regulations.

Members of the Panel will be entitled to fees, allowances and expenses, as approved by the Governor. In addition, the costs of establishing the Panel, as well as its ongoing administrative and operational costs, are to be paid by the LGA (which acts, of course, through contributions made by member councils so, ultimately, to be paid for by councils). In addition, it is also to be noted that the Panel will have the power to recover ‘reasonable costs’ incurred in relation to a complaint against a member, as debt due from the council.

This may, colloquially, be considered to be a double ‘whammy’ for councils in relation to cost recovery and may constitute an unreasonable burden for some councils that may experience a level of member ‘unrest’ and, hence, exposure to multiple investigation processes.

Referral to the Panel is to occur by resolution of the council, the Mayor, at least three (3) members of the council; or the Minister.

However, the Bill also provides that any person (without limitation) who is ‘dissatisfied’ with a council’s decision under the internal complaint process, dealt with under its behavioural management policy, may also refer the subject matter of the complaint to the Panel.

The Panel (or an investigator appointed by the Panel, or the Presiding Member) conducting an inquiry will also have the power to:

These are significant coercive powers, failure to comply with which will carry a maximum penalty of $10,000.

Legal professional privilege will protect against disclosure of certain information and the protection against self-incrimination will also apply, if compliance may incriminate that person in an offence (but not, importantly, of a breach of the Standards or a council behavioural support policy).

Following an inquiry, the Panel will have power to apply sanctions to a member, which largely replicate those under clause 2.25 of the Code. However, it will also have the power to suspend a member from the office of member of the council for a period not exceeding three (3) months, without or without an allowance; and may direct the council to lodge a disciplinary complaint against the member with SACAT.

The ICAC and the Ombudsman

The ICAC and the Ombudsman will continue to retain a presence under the proposed framework, with the council or the Panel required to refer any complaint that relates to ‘corruption’ to the Office for Public Integrity. However, the framework is, curiously, silent as to the issue of serious or systemic maladministration and/or misconduct which, equally, give rise to mandatory reporting obligation under the ICAC Act.

If a council or the Panel considers that a complaint (in whole or in part) relates to a contravention of, or a failure to comply with an ‘integrity provision’, the matter must be referred to the Ombudsman for investigation.

An ‘integrity provision’ is defined to mean a provision under Chapter 5 Part 4 Division 1 of the Act, being provisions pertaining to general duties, register of interests, register of gifts and benefits and conflicts of interest.

The proposed framework represents a significant departure from existing processes, to receive complaints and manage, elected member behaviour. There is a lack of detail around some of the proposals, which make any meaningful assessment of them and, hence, any determination as to whether it can live up to the promise of delivering a ‘clearer’, ‘simpler’, ‘stronger’, ‘well-defined’ conduct management framework, as heralded under the Discussion Paper.

The framework is said to recognise that most behavioural matters are low-level, occasional poor behaviour that can be dealt with at the ‘localised’ level, while behaviour that is serious enough, or repeated, as well as behaviour that may cause a risk to the health and safety of others, can be referred to an independent body for investigation and resolution, as ‘integrity’ breaches.

However, in their existing iteration, these provisions of the Bill appear somewhat fragmented and might give rise to an increase, rather than reduction, not only in bureaucracy around such processes, but also time and resources (and direct financial costs) in dealing with elected member behaviour. This is particularly so in light of the proposed creation of an entirely new body to be interposed into the public integrity framework.